South Korea is a country of contrasts and a road trip with a car rental from Sixt offers a comfortable and convenient way to see what the country has to offer. Sixt car rental in South Korea has offices in major cities of Seoul, Daejon, Busan, and Incheon and travellers arriving at Incheon International Airport will find Sixt's meet and greet car hire service very useful.

You will find a wide range of vehicles available; choose from 4x4s, convertibles or luxury models and your car will be waiting for you on arrival. Sixt will also organise your LDW insurance, with unlimited mileage and cover for additional drivers if required. 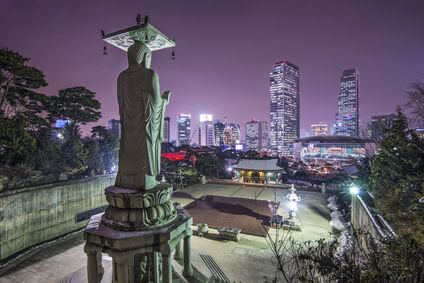 In South Korea, an International Drivers Licence is required.

As some of the long-distance routes are toll roads, it is advisable to carry cash or a credit card at all times. 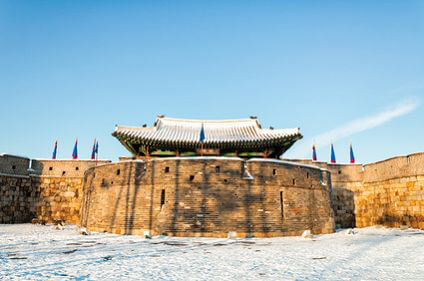 Getting around with a car rental in South Korea

With a car rental in South Korea from Sixt you can explore the country at your leisure. From Seoul your car hire in South Korea will take you to the Seoraksan National Park, a UNESCO World Heritage site, where you can see dramatic rock formations, exotic wildlife, hot springs and ancient temples. Get the most out of your car hire in South Korea with a drive to the South West and the rolling hills of the Green Tea Plantations in Boseong, where you can explore the tea plantations and sample the tea before heading to nearby Yulpo beach for a dip in the seawater and green tea spa. Another excellent use of your Sixt car rental is a visit to Gyeongju, a treasury of Buddhist art and architecture, including the Royal Tomb complex.