When it comes to car rental in Ahrensburg, Germany, Sixt is the obvious choice. As one of the world's premier car hire companies, we provide freshly serviced, quality vehicles to suit any need; the list ranges from family saloons and four-by-four vans, to high performance sports cars and convertibles. We will also happily take care of the cross-border legislative technicalities, such as the appropriate insurance and vehicle breakdown recovery (Our world-renowned customer service teams are available around the clock). Best of all, Sixt has an ongoing commitment to providing the best possible service at the lowest possible price; there are a number of different instalment plans available, and with over a hundred years experience, you can be sure of getting a car rental package tailor-made to your needs.

As a visitor to this region, it won't be long before you hear talk of Ahrensburg Castle. Famous throughout Germany, this beautiful 16th century mansion, located as it is in the very centre of the town, colours the surrounding shops and streets with its own pervasive Renaissance charm. It should be listed as a must-see in your itinerary, not least because a leisurely drive there is a great way to allow you and any companions to drink in the character of this region of Germany. (Should you fancy a more direct route, the castle is situated next to Germany's rather handy Autobahn A1.)

However, steeped in Germany's history though this remarkable castle is, a drive out of the urban area (along with some careful navigation) will take you to a window into a far more distant era in this region's past. The archaeological site in question is called Stellmoor, and some of the man-made artefacts unearthed by archaeologist Alfred Rust were made and used some 15000 years ago. Rust's methodology was initially called into question, but all due recognition was to be his in 1965, when, with his remarkable findings now authenticated, he was made an honorary citizen of the town, with an exhibition room dedicated and indeed named after him:"Alfred Rust Saal." It seems that in addition to its more obvious splendours, this region has many a hidden drama like that of Rust's; and with a quality car hire vehicle which can get you anywhere in the area, why not turn on that ignition and seek them all out? 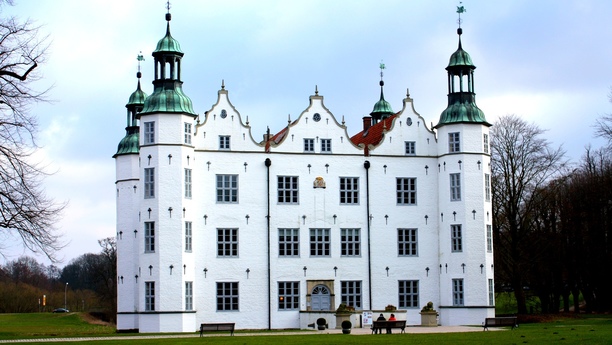